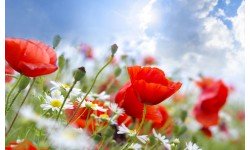 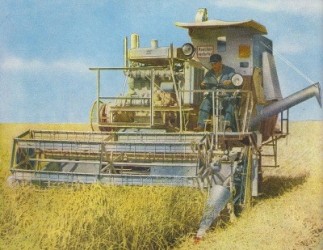 Production of harvest combines in the territory of German democratic republic (East Germany) began with technical assistance of the Soviet Union. The S-4 model (Stalinets) was taken for a basis. A manufacturing started in 1948. The combine was equipped with a 4-meter heder and 6-cylinder petrol engine. Then  there was no variator on combines. In 1953 the combine received the diesel engine and was renamed into E-171. The E-173 model with a 3-meter heder was made at the same time. The grain bunker almost was absent, and the volume for straw had a barrel tank form.

In 1968 E175 with 3m header and E176 with 3,6m header models were launched based on USSR license SK-3 "Stalinets". Last of which was sent exclusively for export . Combines had grain tanks respectively 1,3 and 1,7 cubic meters. Other combines of a series – E174 and E177 were equipped with hydraulics which served for management of a heder. Here the regulated speed of rotation of a drum was applied It was in limits of 385-1250 rpm. All models had the unified engine and transmission. The most widespread model was the E 175 combine. It was made till 1975.

Table: Technical dates of the first harvest combines of GDR.